The purpose of this study was to find out the optimum additional level ofÂ composite filler (wheat bran and pollard) and seaweedÂ in making of rabbit nugget on moisture level, fat,Â protein, ash, iodine, antioxidants and dietary fiber contents. The method of the study was experimental research using completely randomized design with 3 replications and then it would be continued by Duncanâ€™s multiple range tests if it was found significant differences among the treatments. The study showedÂ that the addition ofÂ wheat bran and pollard had unsignificant effect (P>0.05) on moisture, fat, protein and iodineÂ of rabbit nugget. Meanwhile the addition ofÂ seaweedÂ had a very significant effect (P<0.01) on moisture level and had a significant effect (P<0.05) on fat and ash content of rabbit nugget. The average percentage of moisture, fat, protein, ash and iodine content of rabbit nuggets with wheat bran, pollard and seaweed substitution was 75.45; 14.22; 13.89; 1.91% and 35.22 Âµg/kg respectively. The best combination was found on treatment F3T1 (30% of wheat bran and pollard substitution without seaweed) because it was able to increase the nutritional value of rabbit nuggets as a functional food which had 5.00 mg/g antioxidant and 0.08% dietary fiber content. 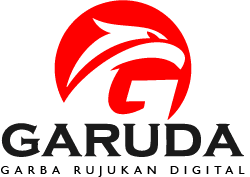